On Painting A Vermeer


Although the story definitely moves a little slowly for a film, I very much enjoyed this documentary on how Vermeer might have used technology to paint, as much because I admire Tim Jenison's obsessive devotion to detail as because I admire Vermeer. Bravo, sir!
Posted by Chris F. Westbury at 21:30 No comments:

On Assessing the Reality of Abstract Entities 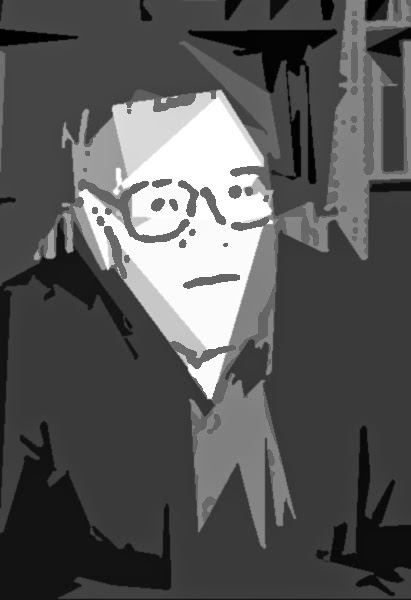 Immanuel Kant famously wrote in his (1783) Prolegomena To Any Future Metaphysics that the British skeptic philosopher David Hume had "interrupted my dogmatic slumber". As I have noted elsewhere in this blog, reading Hume myself made me realize that I was not alone in my natural inclination (since early childhood) towards doubting all things.

However, the true awakening from my dogmatic slumbers (insofar as I am yet awakened from those slumbers) occurred when I took a graduate course at McGill University in psychometrics, the mathematics of psychological measurement. My mind was blown by the idea that we could use well-motivated quantitative reasoning to assess the degree of reality of abstract entities. I am still amazed by these ideas. Now I have the privilege of teaching them at the University of Alberta.

Over the years, I have gathered a large set of quotes that try to convey to my students why I so love this idea that we can assess realism using math. I have collected a few of them below.

"Nothing that you will learn in the course of your studies will be of the slightest possible use to you in after life — save only this — that if you work hard and intelligently, you should be able to detect when a man is talking rot, and that, in my view, is the main, if not the sole, purpose of education."
J.A. Smith (Oxford philosopher, 1863 - 1939)

"All the real knowledge which we possess depends on methods by which we distinguish the similar from the dissimilar. The greater the number of natural distinctions this method comprehends the clearer becomes our idea of things. The more numerous the objects which employ our attention the more difficult it becomes to form such a method, and the more necessary."
Carolus Linnaeus / Genera Plantarum

"If we saw as much of the world as we do not see, we should be aware, in all probability, of a perpetual multiplication and variation of forms."
Michel de Montaigne / Essais
[This was the epigraph to my PhD thesis.]

"...is not an event in fact more significant and noteworthy the greater the number of fortuities necessary to bring it about?
Chance and chance alone has a message for us. Everything that occurs out of necessity, everything expected, repeated day in and day out, is mute. Only chance can speak to us. We read its message much as gypsies read the images made by coffee grounds at the bottom of a cup."
Milan Kundera / The Unbearable Lightness of Being

"...chance alone is the source of every innovation, of all creation in the biosphere. Pure chance, absolutely free but blind, at the very root of the stupendous edifice of evolution: this central concept of modern biology is no longer one among other possible or even conceivable hypotheses. It is today the sole conceivable hypothesis, the only one compatible with observed and tested fact. And nothing warrants the supposition (or the hope) that conceptions about this should, or ever could, be revised."
Jacques Monod / Chance & Necessity

"...algorithms of the heart, or, as they say, of the unconscious, are...coded and organized in a manner totally different from the algorithms of language. And since a great deal of conscious thought is structured in terms of the logics of language, the algorithms of the unconscious are doubly inaccessible. It is not only that the conscious mind has poor access to this material, but also the fact that when such access is achieved, e.g., in dreams, art, poetry, religion, intoxication, and the like, there is still the formidable problem of translation."
Gregory Bateson / Steps to an Ecology of Mind

"If there is no meaning in it, it saves a world of trouble, you know, as we needn't try to find any."
Lewis Carroll / Alice In Wonderland

"It's difficult to think well about 'certainty', 'probability, 'perception' , etc, But it is, if possible, still more difficult to think, or try to think, really honestly about your life & other peoples lives."
Ludwig Wittgenstein, in a letter to Norman Malcolm

"Research in physics has shown beyond the shadow of a doubt that in the overwhelming majority of phenomena whose regularity and invariability have led to the formulation of the postulate of causality, the common element underlying the consistency observed is chance."
Erwin Schrodinger / What is Natural Law?

"The most important questions of life are indeed, for the most part, really only problems of probability."
Pierre Simon Laplace
Théorie Analytique des Probabilités (1812)

"Words are ordinarily and uncritically assumed to correspond to 'real entities' but more often than not they signify merely 'fictitious' or 'fabulous entities' having no correspondence to the substances of nature."
Gordon W. Allport & Henry S. Odbert (1934)/ Trait Names: A psycho-lexical study.

"It is perfectly true that we can never attain a knowledge of things as they are. We can only know their human aspect."
Charles S. Peirce
Letter to Lady Welby
May 20, 1911


[Image: Stylized portrait of Paul Meehl, the founder of modern psychometrics.]
Posted by Chris F. Westbury at 19:27 No comments: