I am very happy to see my novel is included on the long list for the 2015 Stephen Leacock Medal for Canadian humour writing! The medal is named after the well-known Canadian humour writer, pictured above.
Posted by Chris F. Westbury at 19:16 1 comment: 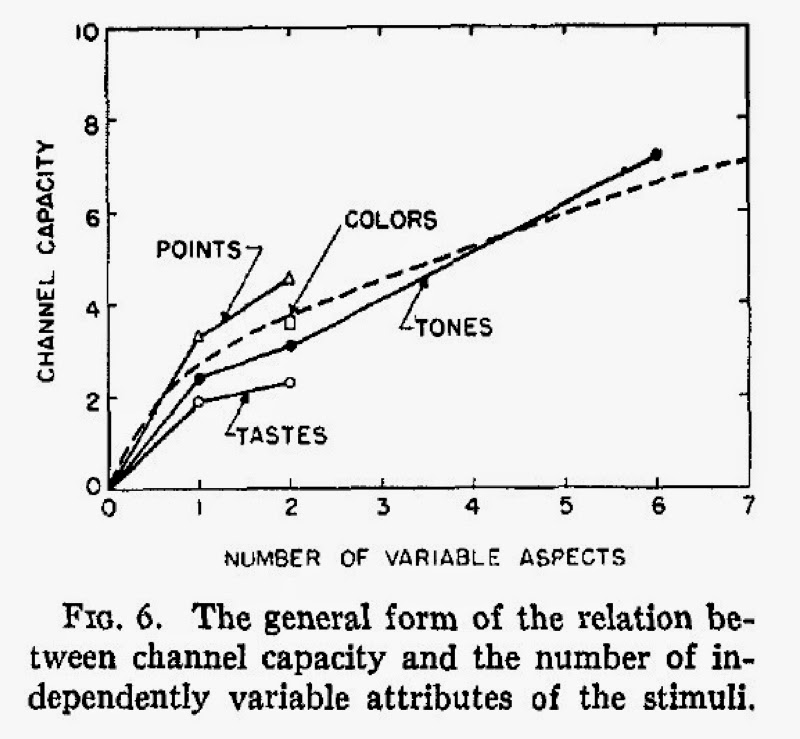 [Figure 6, reproduced from George Miller's (1956) paper
The Magic Number 7 (+/- 2): Some limits on our capacity for processing information.
N.B. The y-axis in this figure is in bits, not items.]

[This post has been edited since its initial posting,
to correct some inexactitudes in the original text]

“It ain’t what you don’t know that gets you into trouble. It’s what you know for sure that just ain’t so.”
- Josh Billings

One thing that everyone knows, perhaps one of the most widely cited facts of psychology, is that the capacity of short-term memory is 7+/-2 chunks, where a 'chunk' is some potentially complex (multidimensional) unit. Everyone knows that this fact was first discovered by George Miller, and that it was reported in a famous paper in 1956, called The Magic Number 7 (+/- 2): Some limits on our capacity for processing information, which often shows up as the first or second most cited paper in psychology. However, it seems very few people bother to read what Miller wrote. Although the fact attributed to the paper is mentioned in passing, it is not the main focus of the paper, Miller did not ever pretend to have discovered it himself, and he did not really say that we could remember just 7+/-2 things.

When I read this charmingly-written paper, I was surprised by several things.

The first surprise is a rather minor one: the paper contains no new data. It is a review paper. This surprise is really neither here nor there, since it matters little who actually collected the relevant data. There are lots of empirical data in the paper.

The third surprise in Miller's paper is that the ‘7+/- 2’ is not always referring to number of items, but at first to a standard deviation bound. One of the main points of the paper for Miller is the fact that the number 7 (approximately) shows up all over the place. He begins by considering recognition of simple (one-dimensional) stimuli and concludes "If I take the best estimates I can get of the channel capacities for all the stimulus variables I have mentioned, the mean is 2.6 bits [= 6.3 items] and the standard deviation is only 0.6 bit [=1.5 items]." So here we see the first appearance of 7+/-2 (sort of): Miller notes that a person can usually accurately recognize 6.3 one-dimensional items (eh, that's nearly 7) with a standard deviation (not an upper and lower bound) of 1.5 (close enough to 2, for sure, if we squint). Two standard deviations includes about 95% of a normal distribution, so if we want state Miller's law properly with an (approximate) upper and lower bound (a 95% confidence interval), it should not be 7+/-2, but 6.5+/-3 [i.e. the average +/- (2 * the standard deviation)]. This is Miller's first '7'.

The fourth and biggest surprise in his paper is the big one: that Miller does not really argue that the human short term memory capacity is approximately 7 +/- 2 items. In fact, he explicitly rejects this, noting that "Everyday experience teaches us that we can identify accurately any one of several hundred faces, any one of several thousand words, any one of several thousand objects, etc. [...] We must have some understanding of why the one-dimensional variables we judge in the laboratory give results so far out of line with what we do constantly in our behavior outside the laboratory" [Emphasis added]. After he has discussed the experiments on recognition memory for one-dimensional stimuli and established the 6.5+/-3 finding, he turns his attention to discussing recognition memory for multidimensional stimuli: that is, stimuli that have more than one dimension of variability. A simple example (though just one of several considered in the paper) is the difference between how people do at recalling previously-seen points on a segmented line (one dimension) and how they do at recalling previously-seen points on a square grid (two dimensions). For points on a line, people have a memory capacity of about 3.25 bits (9 items). For points on a grid, they have a memory capacity of about 4.6 bits (24 items)! So much for a short-term memory capacity of 7+/-2 (at least for recognition memory)!

Miller goes on to estimate how far this improvement due to multi-dimensionality can be taken. Extrapolating by eye-balling ("in a moment of considerable daring", as he notes) from the available data that looked at multiple dimensions of variability [see figure reproduced above], Miller estimates that the 'real' multidimensional capacity of human short-term memory is about 7.2 bits, or 150 items, "up into the range that ordinary experience would lead us to expect". This is Miller's second '7': it is a 7 bit limit, 150 items.

This is drawn from studies that manipulated at most six dimensions, but Miller writes "I suspect that there is [...] a span of perceptual dimensionality and that this span is somewhere in the neighborhood of ten, but I must add at once that there is no objective evidence to support this suspicion." Later in the paper he rounds this suspicion to....his third 7! He writes "I have just shown you that there is a span of absolute judgment that can distinguish about seven categories"[emphasis added], though in fact he looked at data that manipulated six categories, and guessed people might go be able to go as high as ten. Well, 6 and 10 are approximately 7+/-2 so...yeah, close enough.

The fourth 7 that Miller discusses is the so-called subitization limit, the number of things a person can enumerate at a glance. He notes that "there is a span of attention that will encompass about six objects at a glance" (well, 6 is more or less 7).

Finally, Miller discusses a fifth 7, his most famous one. At the end of the paper, is his deservedly-famous discussion of chunking, he reviews data collected by others showing that “With binary items the span is about nine […] although it drops to about five with monosyllabic English” and then shows this in Figure 7. Here Miller has switched tasks. His initial discussion was about the recognition memory task called absolute judgment (the experimenter presents N unnamed but coded [usually numbered] stimuli, then presents one of them again and asks the participant which one it was), on which his point is, as noted above, that people can do very well far beyond 7+/2 items. The final discussion is about ordered memory span: the experimenter presents N named stimuli (words, numbers, letters) and asks the subject to repeat all of them back in order. If by ‘memory span’ you mean ‘number of things a person can hold in short term memory’, then Miller’s review of multidimensional absolute judgment experiments shows that it is far above 7+/-2, as common sense suggests it must be. If you mean ‘number of items you can repeat back in order without error’ then Miller’s paper reviews data suggesting it is 5 to 9 items, the magical 7+/-2. As others have noted, the ordering requirement is itself adding to the magnitude of the memory problem, because the stimulus order is information that has to be memorized along with the items.

The title of his paper The Magic Number 7 (+/- 2) was selected not because that is the span of short-term memory (which it is not), but rather because of Miller's remarking on the approximate equality (if we squint) of the several limits in this range that he discusses: "span of immediate memory [for one dimension of variability, 6.5 items] [...], a span of absolute judgment that can distinguish about seven categories, and [...] a span of attention that will encompass about six objects at a glance." The main point of his paper is actually that these three approximately equal limits of approximately 7 do not in fact reflect a common process, but we need not concern ourselves with that point here.

So, according to the data Miller reviews, the limit of human short term recognition memory (from his daring extrapolation) is about 7.2 bits or 150 multi-dimensional items. Moreover, he is also at pains to point out in his paper (in keeping with his observation from everyday life cited above) that this limit can be (and often is) extended by recoding and temporal chaining...

Given his own remark that everyone knows that we can easily recognize dozens or hundreds of things, it is amazing that people continue to cite Miller as 'having proved' the obviously-untrue claim that the limit of human short term memory is 7+/2 items. It really depends on how you define memory capacity.

You can read the whole paper here.
Posted by Chris F. Westbury at 11:36 No comments: 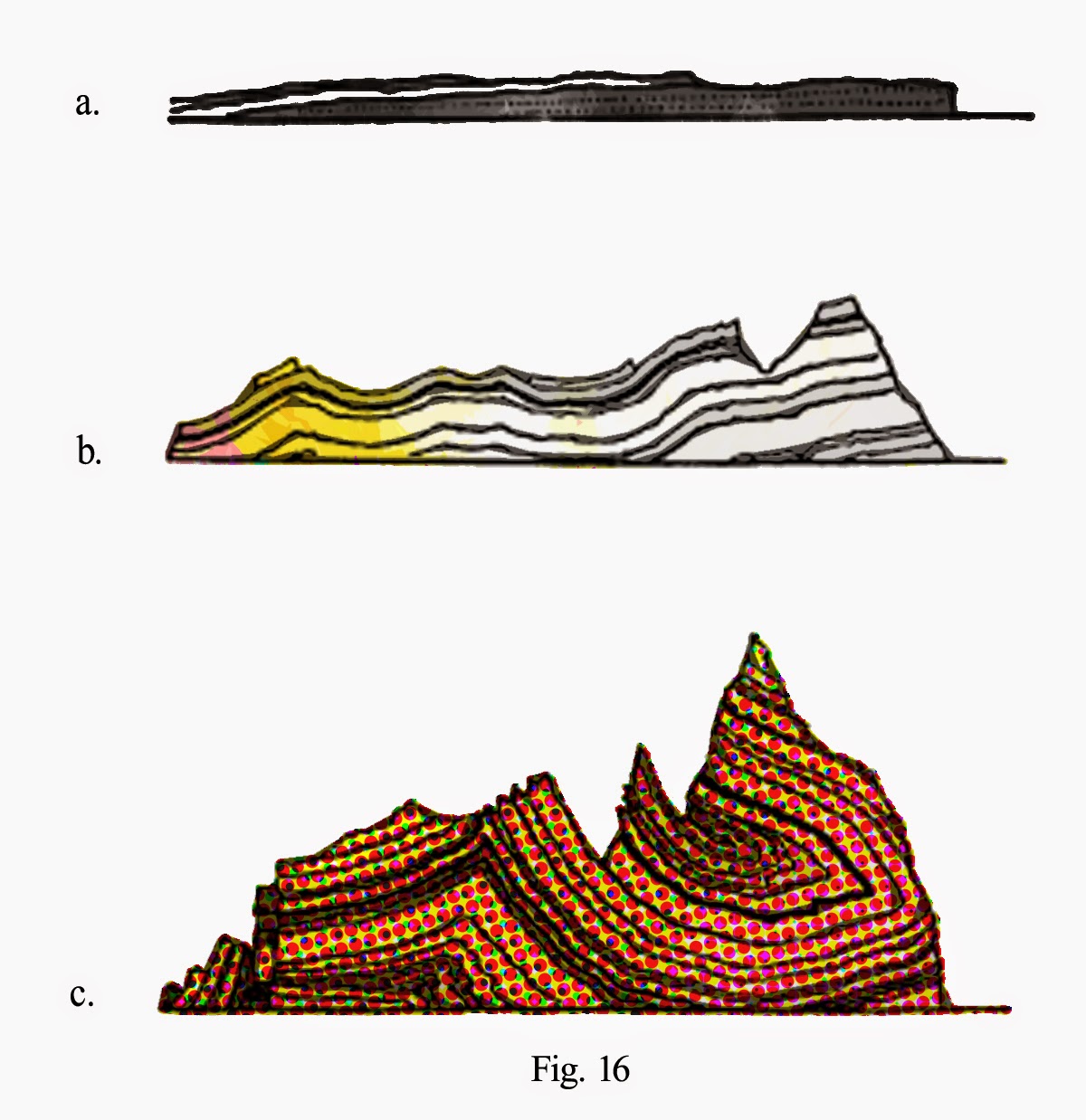 Writing a book is like designing a ski hill. When the people you made it for are racing along, they don't even notice that they are being guided through potentially treacherous territory by careful design. They just feel free.