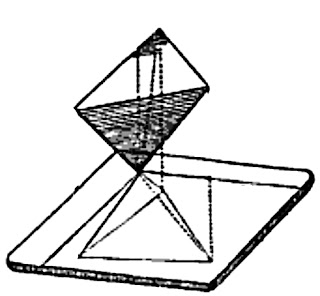 I recently learned about the Japanese riddle form called a nazokake, which is built around a homophone pair. The structure of a nazokake is something like:

How is an X like a Y?
They both have to do with [homophone] Z.
The nice thing about these riddles is that they are very easy to automate (I was not the first to notice this: e.g. see here and here). I found a list of homophones online, and generated their semantic associations using the word2vec model, which bootstraps semantic association from patterns of text co-occurrence. Then I wrote some simple rules for my text generation program JanusNode, to get it to generate riddles of this form. Here are some samples of what it came up with. Enjoy.


A dividend is like an odor because they are both about cents (scents).

How is a drumstick like an anthem? They are both about cymbals/symbols.

How is a maternity ward like a sports playoff? They both make me think of births/berths.

How is a goalpost like a cry? They are both related to balls (bawls).

How is a game of billiards like a trolley? They are both about cues/queues.

How is a missile like a daughter? They both have to do with the air (the heir).

How is a commander like a CPU? They both make me think of colonels/kernels.

A stockade is like a waddle because they both have to do with a gate (a gait).